Community Adhesion and the Patchwork Rug 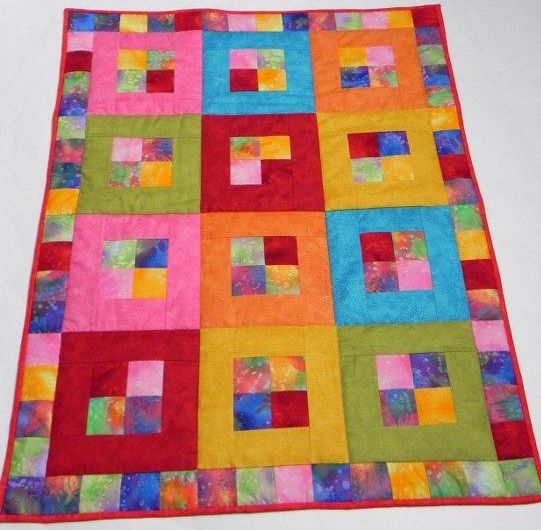 I had already begun to draft this article a week before the terrible events in Manchester came to rock our various communities in England and my heart is heavy as I endeavour to finish it.  I hope it is clear that when I speak of reaching out across our communities, I do so with the utmost respect for the families caught in the Manchester atrocities, and the extreme difficulties they must be enduring in their pain and their grieving.

As a community mediator, a question is at the forefront of my mind, how will this atrocity affect our community cohesion? How do we avoid the backlash of the “you and them” attitudes, how can we continue to build our communities effectively? Manchester has shown us a beautiful example of a community coming together. However, in many parts of the country, there has been a rise of anger, hate speech and abuse towards a whole group of people.

Whenever I think of the beauty of multi-cultural communities, I am brought back to the years I spent in Lebanon where, before the war, you had a multi-religious community whose unity and neighbourliness was exemplary. This was perhaps helped by common middle Eastern values such as the importance of hospitality, and food. In a country of 4 Million inhabitants – less than ½ the population of London – were living together communities of Christians, Maronites, Roman Catholics, Evangelicals, as well as Shia Muslims, and Sunni Muslims, Druze then you also had Armenians, Palestinians, and Syrians. The over 40’s would often reminisce of the days before the war – war that lasted 20 years- when everyone was friends with their neighbours in this country 140 miles long by 50 miles. My friend Kamal, would tell me how when he was in school people didn’t know and didn’t pay attention to the religion of the other. There were very few signs of typical religious affiliation such as crosses around the neck or scarfs on the girl’s hair. I also loved to hear the stories from my elderly friend Mme BouKaram, who was from the south where many villages were mixed. They celebrated each other’s festivals, at Christmas the Muslims would bring Christmassy food to the house of their Christian neighbours and the reverse would happen at Eid, the Christians would bring dates or “tabouli” (a Lebanese salad) and brake the fast with their neighbours. This promoted a sense of appreciation and of respect of each other, simply as neighbours and fellow human beings sharing the same reality.

Unfortunately, this was not how I found Lebanon when I moved there in 1996, a few years after the 20-year civil war ended. The war had ravaged the unity that once existed and the togetherness of the communities. There was a sharp increase in religious identity as a show of belonging. The conflict had managed to destroy any sense of “togetherness” and respect of the other that the Lebanese reportedly had previously felt, as neighbours and citizens of the same country. This, the older generation sorely missed.

This hardening of positions is, in my opinion, what is dangerous, in our own communities, this gulf that seems to come between us, and this reject rather than acceptance of the differences. As a conflict resolution professional, I know that, on a personal level, this type of situation is not so difficult to resolve, it just takes communication. Communication will bring understanding and acceptance of the other, and often a willingness to find common ground. But how to expand that to the community level?

I was pondering on this when I came across a picture of a beautiful patchwork rug. The contrasts in the colours, the shades, the dark and the light, the bright and the mellow all serve to enhance the beauty of the rug.
Could we not look at our communities in that way? Allow the differences to enhance the community, recognise the goodness of the other, the value of the other?

I live in London in a very diverse community and it has been obvious, in my area at least, that unity and togetherness don’t happen by themselves. If people are left to their own …….they will often gravitate towards what is known and familiar to them. That is human nature. So how do we counter this natural cycle? Should we even try? In my opinion, it is worth the challenge.

On an individual level, awareness would need to come first, seeing and embracing the importance of our need to create links within our multi cultural communities, and not just across cultures but among age groups as well. Creating ties with just one person of another religion/culture/nationality will sensitise both individuals to the needs, problems and challenges of the other culture and create a bond that extends far beyond those two people.
On the community level, there needs to be initiatives by community leaders to provide events, celebrations and places for communities to come together and celebrate the good we find in each other. Food is a great facilitator to that effect, the sharing of food being a cultural norm in many cultures.

Much of the disputes in our communities have to do with noise, car parks, kids playing, stemming from everyday occurrences, nothing malicious or sinister, yet it can cause deep rifts between neighbours and often the cultural aspect of the other can be used as the extra weights in the balance that tips the conflict for the worse.

So my recommendation would be for community leaders to promote openness and ways where people can get to know each other. It has been proven that laughing together, as well as sharing food helps to break down the walls that separate people. Festivals, street parties, local activities, are all great avenues for people to mingle. But in the end, the most important step is the one each one of us can take to interact, to commit to doing our part in our own community and reach out to those around us, with curiosity, to learn about them and connect.

This entry was posted in Conflict Coaching, Conflict Prevention.